Reflecting improving fundamentals and high Appreciation Potential, the Value Trend Rating for BRF SA (NYSE: BRFS) improved recently. BRFS’ current Value Trend Rating is C and the prior Rating was D. Details supporting this higher rating are included in our next report. 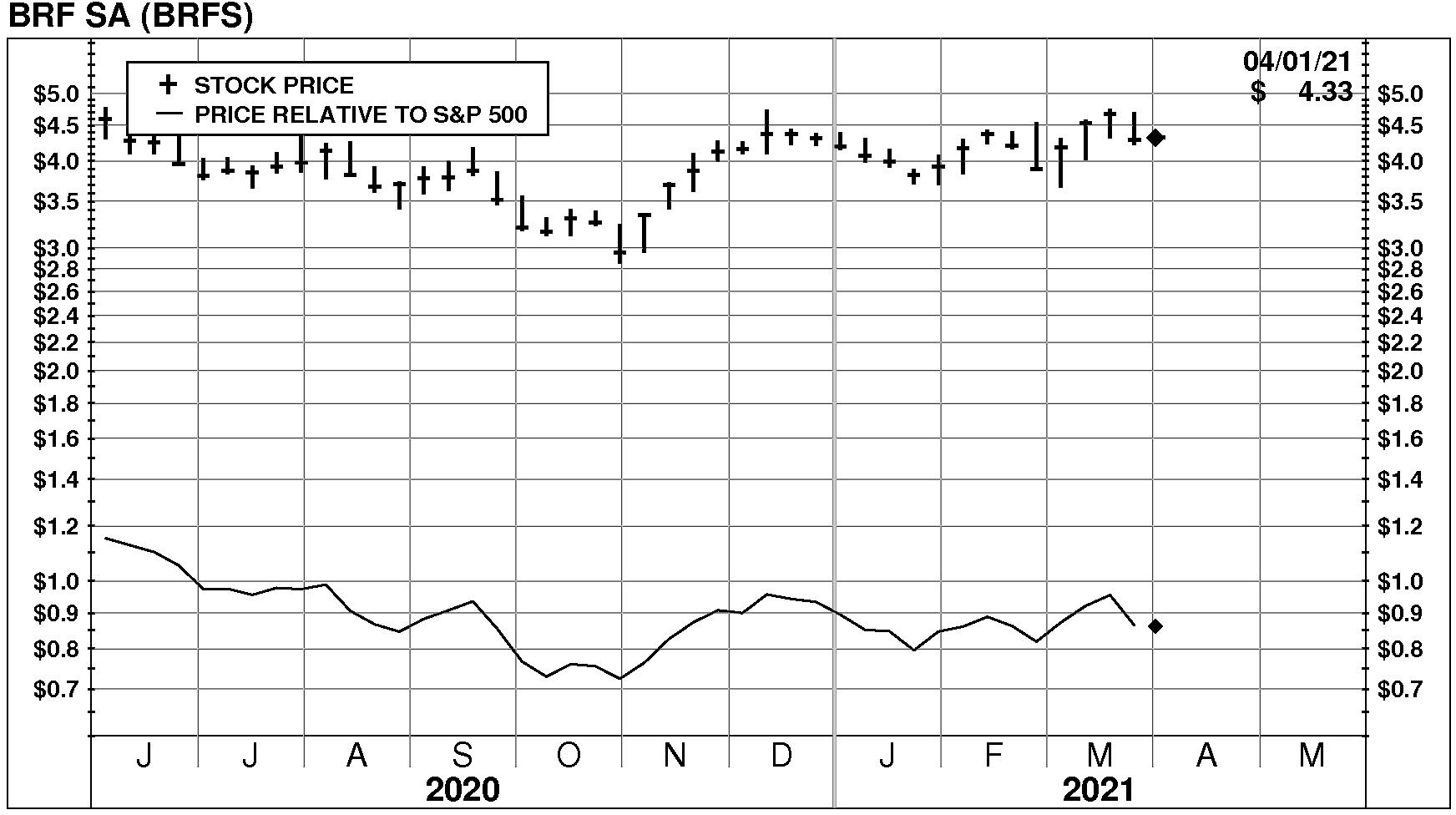 BRF SA (NYSE: BRFS) stock closed at $4.33 on 4/1/21 after a large decline of -3.6%. NORMAL trading volume accompanied the decline. The stock is unchanged during the last week but has been weak relative to the market over the last nine months.

BRFS is expected to continue to be a major Value Builder reflecting capital returns that are forecasted to exceed the cost of capital.

BRF has a current Value Trend Rating of C (Low Neutral). This VT Rating improved in recent days from D previously. With this rating, PTR’s two proprietary measures of a stock’s current attractiveness are providing consistent signals. BRF has a neutral Appreciation Score of 57 and a slightly negative Power Rating of 34, resulting in the Low Neutral Value Trend Rating.

About John Lafferty 92875 Articles
During his career, John has developed valuation and stock rating methodologies, managed institutional portfolios and mutual funds, and provided equity research to institutional investors on thousands of companies. He has been Director of Research at PTR since its inception in 2004.