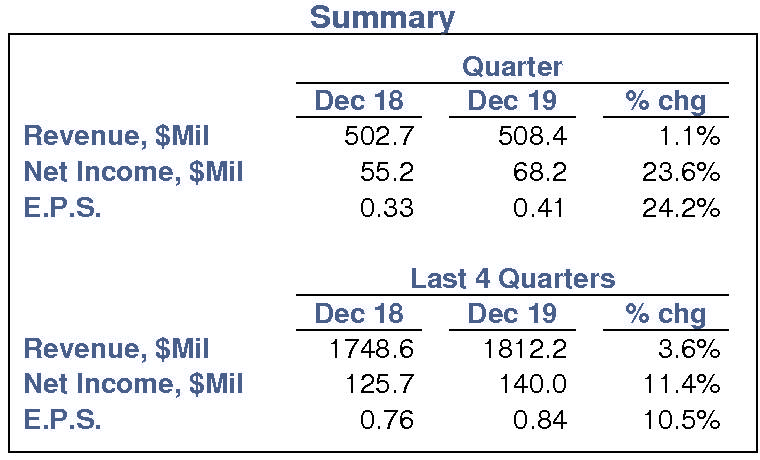 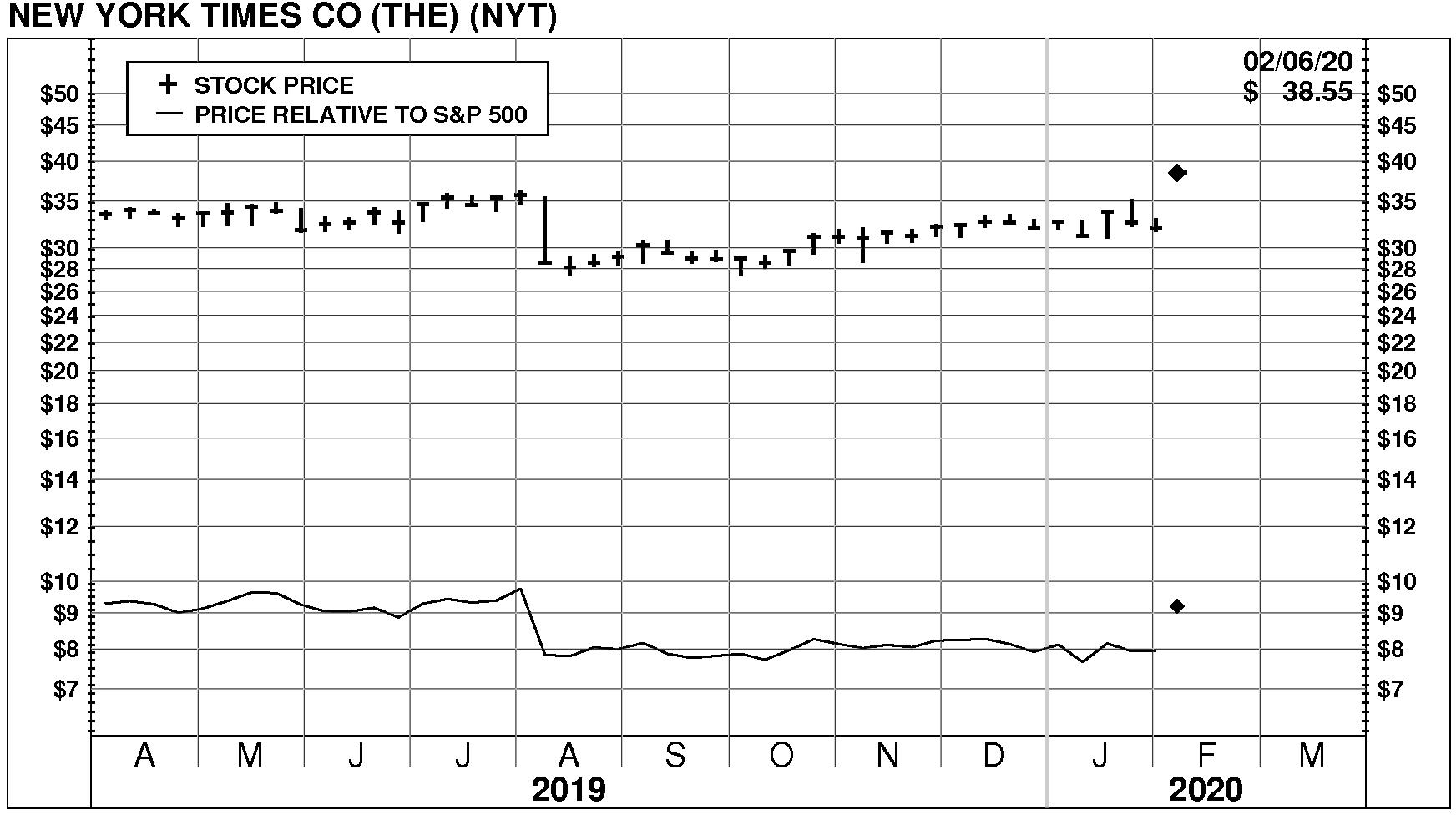 The New York Times Co (NYSE: NYT) stock closed at $38.55 on 2/6/20 after a major increase of 12.7%. Moreover, exceptionally high trading volume at 454% of normal accompanied the advance. The stock has risen 19.8% during the last week but has been weak relative to the market over the last nine months.

Reflecting future returns on capital that are forecasted to exceed the cost of capital, NYT is expected to continue to be a Value Builder.

In light of this new information and very positive price change we are reviewing our current Overall Rating of F. This review will be completed in the next several days.

About John Lafferty 83293 Articles
During his career, John has developed valuation and stock rating methodologies, managed institutional portfolios and mutual funds, and provided equity research to institutional investors on thousands of companies. He has been Director of Research at PTR since its inception in 2004.