In light of these very positive signals we are reviewing our current Overall Rating of A. We would continue to view the shares with optimism pending completion of this review in the next several days. 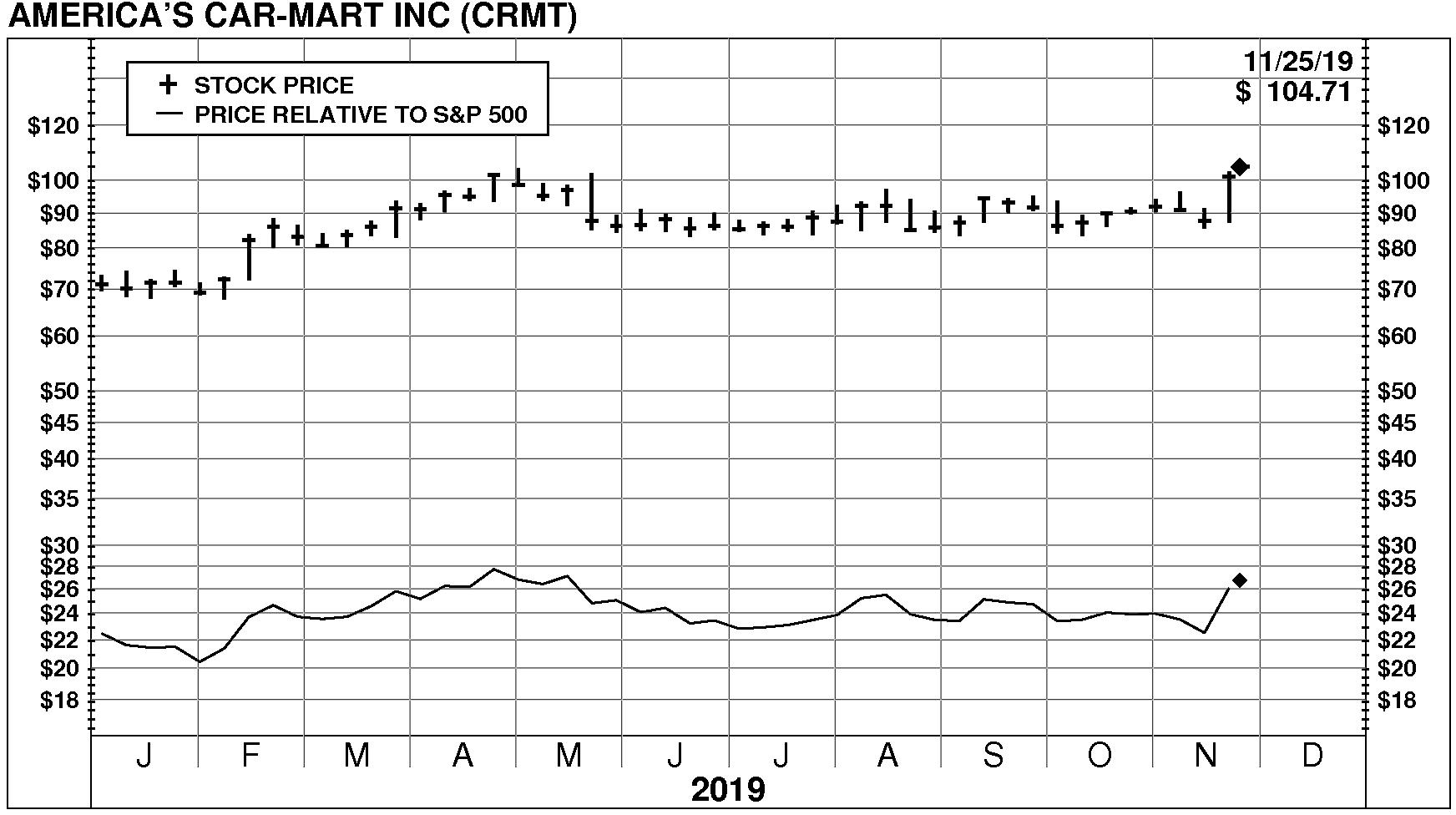 CRMT’s future returns on capital are forecasted to be above the cost of capital. Accordingly, the company is expected to continue to be an important Value Builder.

America’s Car-Mart Inc (NASDAQ: CRMT) stock closed at $104.71 on 11/25/19 after a large increase of 3.4%. Moreover, unusually high trading volume at 179% of normal accompanied the advance. The stock has performed in line with the market over the last nine months and has risen 19.5% during the last week.

About John Lafferty 58018 Articles
During his career, John has developed valuation and stock rating methodologies, managed institutional portfolios and mutual funds, and provided equity research to institutional investors on thousands of companies. He has been Director of Research at PTR since its inception in 2004.